Capsule endoscopy has become an important tool in GI assessment and particularly in identifying a source of bleeding when standard endoscopy is negative. It has been available on St Vincent’s Campus since late 2003 and provided a quantum leap in small bowel imaging. It is mostly performed as an outpatient procedure, involves some preparation although not as involved as that for colonoscopy and requires no sedation. A capsule endoscope is easily swallowed (23mm x 11mm i.e. size of a large vitamin pill) and the patient wears monitoring equipment (a belt around loose clothing and a data recorder that sits on the hip) for approximately 6 – 8 hours and is usually completely painless. Happily, the capsule (in almost all instances) does not need to be retrieved and is passed through a normal bowel action. The images are transmitted by radiofrequency signal to the data recorder and then downloaded into a video which is then read by the gastroenterologist.

It may be particularly useful in the setting of more acute, obscure GI bleeding and lead to further intervention with a “balloon” enteroscope to identify and then treat the site of bleeding in the small bowel. However, it may also be useful in the more common setting of presumed chronic obscure bleeding (i.e. persistent iron deficiency anaemia) and the most common finding is “angioectasia”, a small benign vascular lesion that can potentially be treated if required. Other clinical applications may include identification of small bowel Crohn’s disease when a high clinical suspicion remains but standard endoscopic and imaging modalities are negative (not a reimbursable indication currently in Australia) and other less common issues such as refractory coeliac disease.

Capsule endoscopy is available through private rooms and the Public Hospital and is a valuable tool to be utilised when clinically appropriate.

Our specialist team are devoted exclusively to the diagnosis and treatment of diseases and disorders of the gastrointestinal tract. 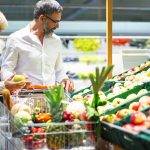